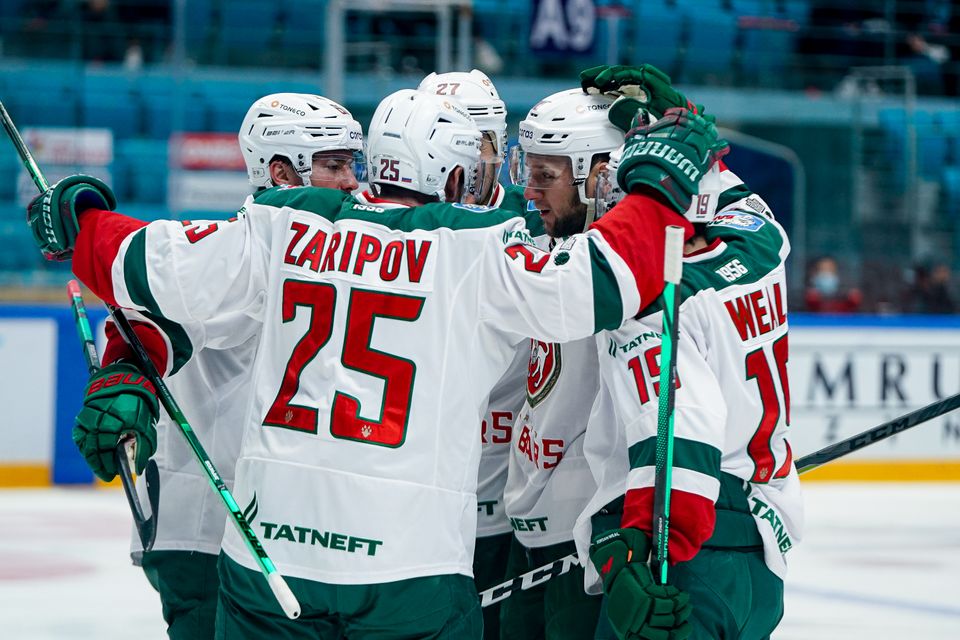 At the beginning of the first period, Barys earned two early penalties.

And if Ak Bars couldn’t realize the first powerplay, then on the second attempt the score was opened. A minute later, Dmitry Kagarlitsky scored the second goal. On the 7th minute, Barysclosed the gap: Jacob Berglund got the goal.

In the second period, Nikolay Kovalenko demonstrated individual skill, having dealt with forward Martinsson and the goaltender of Barys, 1:3. Then Kazan realized another powerplay - Kirill Panyukov hit the gate of the former team. In the middle of the period Barys scored one more goal. But after 33 seconds Danis Zaripov scored his first goal of the season, 2:5. Two minutes before the end of the period, Kazan again realized a goal - Kagarlitsky scored a double and reached 400points in the KHL championships.

After the second break, Barys changed the goaltender andmanaged to score the third goal. Despite this, Ak Bars continued to control the game. In general, Kazan could not break through the goaltender in the final period.